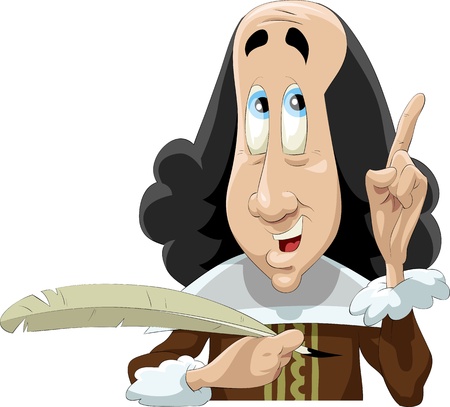 When you saw/knew it for the first time

and explain why it is interesting

I am raising an Alaska dog, which is a large breed of domestic dog. My dog has a double coat:the undercoat is soft while the outer one is coarse and water-proof. Also, his coat hastwo colors, black and white.

In my opinion, his most attractive feature is the small upright ears which are out of proportion to the head. Having had this dog for almost a year, I find him intriguing. He is very smart, so he learns everything quickly. I once taught him how to fetch. Surprisingly enough, he successfully chased and retrieved the object after I tossed it for the second time. He acted as if he had intrinsically understood the game. He is also friendly to everyone,especially children. Whenever someone visits my house, instead of barking, he welcomes them by licking their feet.

For me, my dog is a friend I can play with after school. I often walk him around the park at the weekends and he seems to like this, as there are different dogs there. I also talk with himregularly and I feel that he can understand what I say. As a final point, I hope that my dog can live with me for a long time.

breed:[noun] an animal such as a dog, horse or cat that has been developed by people in a controlled way. Example: The airport police use a breed of dog which can smell hidden drugs in bags and suitcases.

coat:[noun] the fur or hair which covers the body of an animal. Example: Some breeds of cows have a thick winter coat to protect against cold weather.

coarse:[adjective] rough Example: As a result of working on a construction site all his life, his hands were coarse.

upright:[adjective] straight, not lying down or bent. Example: My dog‟s ears appear to be large, because they are upright and this helps him to hear everything very well.

intriguing:[adjective] interesting and unusual Example: It is intriguing to see how my teacher explains things so clearly to the class.

fetch:[verb] go to where something is and bring it back. Example: It started to rain, so I went back to the house to fetch the umbrella for me and my wife.

retrieved:[verb] to bring something back, especially from a place where it should not be. Example: The wind blew my hat into the road, so I quickly retrieved it before any cars came.

tossed it: threw it, but in no special direction. Example: After he had read the newspaper, hetossed it on to the ground.

intrinsically: [adverb] in a way that was part of his real nature or character.

Example: I believed his story, because he is an intrinsically honest man.

barking: [verb] the sound made by a dog. Example: When the postman arrived, the dog started barking.

licking: [verb] moving its tongue over someone or something. Example: I saw the catlicking its whiskers after it had finished eating