免费下载
摘要：本文为大家带来雅思写作高分范文，题目是Some people say that government should increase the tax on petrol in order to decrease traffic and pollution. Do you agree with this opinion? Please explain the benefits and drawbacks.详情见文章。

Some people say that government should increase the tax on petrol in order to decrease traffic and pollution. Do you agree with this opinion? Please explain the benefits and drawbacks.有些人认为政府应该对汽油加大征税以减少交通堵塞和污染。你同意这个观点吗?请阐述其中的好处和缺点。 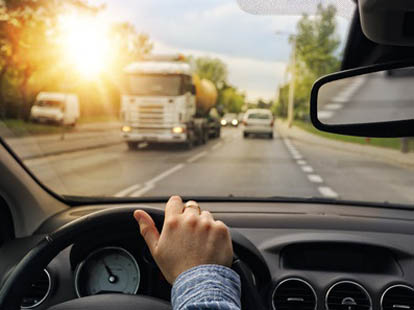 The government taxes a wide variety of economic activities but certain activities or products sometimes face additional taxes, such as petrol. Historically, the price of fuel has fluctuated dramatically. However, the causes of high fuel and energy prices loomed over the 2008 presidential race in the U.S., and will always foster debate among the whole world. Fundamentally, government increases the tax on fuel would cause largely by the supply and demand for crude oil, which is the benchmark for all energy prices.

On one hand, the exhaust and other emissions produced by vehicles are inevitably harmful to both the environment and personal health. When the tax of petrol rises, the price of transporting and goods rises as well. One result is that the prices of those imported goods that must travel long distances will increase, people may choose to travel shorter distances in order to save on fuel costs which may help reduce the amount of pollution.

On the other hand, the price of food often correlates strongly with the price of fuel. This is because much of the expense of producing food is derived from the purchase of fuel that is used in the food's production. For example, tractors used in the growing of corn use gasoline, as do the trucks that drive that corn to market. When fuel tax rises, food prices often do as well. A case in point, during the spike in oil prices during the summer of 2008, the price of food also climed dramatically.

In addition to economic effects, shifts in fuel tax can dramatically affect a country's politics. Rises in fuel tax can translate into dissatisfaction with the local government, occasionally leading to a change in leaders or elected representatives. Countries facing high prices due to a lack of supply may adopt trade agreements with other nations. Reliance on a petroleum-producing nation will often lead the importing nation to defer to the exporting nation in certain areas, so as to maintain good relations.

In my perspective, in order to deter the soaring traffic and pollution problem, government should expand the financial support in public transportation: establish more infrastructures on subways, public buses. And in the long term, we must find alternative sources of power, such as solar power, wind power and electric power. Only when multiple means are used can we effectively solve this problem.