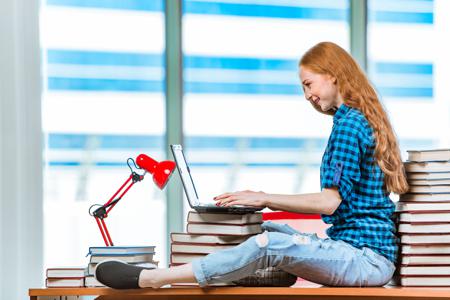 A. As a matter of fact, I was born in a city where I still reside, which is New Delhi. As far as my parents are concerned, even they were born in New Delhi. This is a beautiful city with lots of evidence and marks of history, tradition and modernization. It’s the capital of India and indeed a massive metropolitan area which is situated on the north side of the country.

2. What’s the most interesting part of your home area?

A. The modern facilities that have been brought to my hometown are, in my opinion, the most interesting parts due to which I would say that I like my hometown. The medical facilities along with the education have really developed in the past decade or so. In terms of places India Gate, Lotus temple, Qutb Minar, The Red Fort are some interesting places and attraction in my hometown.

3. What kind of jobs do the people in your town/ village do?

A. My town mostly consists of the people who belong to the working class. As a matter of fact, due to the presence of quite a many government offices in the city of New Delhi, a majority part of habitats belong to the working class. Many of them work in Government and semi-government offices while many others work in private organisations and multinational companies. The numbers of business persons are quite high as well.

4. Is your hometown changing?

A. Yes, and in a very fast pace. Over the past few years, there has been a welcoming change as far as the public transport has developed. Apart from this, as already informed, there has been an increase in the area of medical facilities in the form of hospitals catering with up to date and latest machines. More and more people are coming to live in the capital city for better employment, education and treatment. As a result, the population here is also increasing.

A. Yes, it definitely is a good place to live in. There are various opportunities for the employment and education, the transportation facility is nice and the beautiful and planned city is indeed a nice place to live in.

6. What changes would you like to make to your hometown?

A. The one change that I would definitely like to make to my hometown is the safety for the women. Of late, there have been instances when women have been harassed in my city. This one thing has brought shame to my town, so it would be my endeavour to bring this change to my city. Apart from that, I would like to change the way some business markets have emerged. I would like the city to have more security and law enforcing force and security camera to monitor every street vulnerable to crime.

7.What are the advantages of living in your hometown?

Answer: Obliviously, there are a variety of merits of living in this city. However, I guess the most evident would be that it is very well developed and every amenity is at a walking distance such as hospital, school, park, library and even shopping arcade. Another favourable part is its public transport in which most of the people travel daily like Metro and buses.

8.What are some problems faced by your hometown?

Answer: Apart from the problems, I illustrated above; I would say that as people from different cities are continuously moving to this urban area, housing problem emerged and it is becoming upmarket now. So, I believe that this city is very crowded now. Another drawback of this is that the beds are not available in government hospitals. So, I think there is also a shortage of medical facility now. I feel that our governing authorities should address this problem before it becomes serious.

9.Compare your hometown with another city.

Answer: If I compare my town with a smart city like London. I would like to say that this city is still lacking behind in several aspects. Firstly, we don’t have world class infrastructure such as wider roads to accommodate traffic. Secondly, public transportation such as Metro is still in its construction phase in several areas of the city. Finally, it is one of the most polluted cities of the world so many people are suffering from diseases.

10.What are some environmental problems faced by your hometown?

Answer: As I told earlier, air pollution is the biggest stumbling block for many people living here as they are suffering from diseases. Apart from this, water pollution is also polluting our rivers. Waste of several industries is polluting the river with chemicals and toxic materials. Due to this, the farmers of the city don’t get fresh water to irrigate the crops.

11.Can you say something about your hometown?

As I said earlier, I belong to Delhi and it is the capital city of our country. It is one of the metropolitan cities in India and is very crowded due to a large number of people shifting themselves to this place for job and educational opportunities. Apart from this, it is one of the tourist destinations as well since foreigners love to visit some historical places here such as the Red Fort, Qutb Minar and others.

12.What do you think are the improvements required to be done in your hometown?

I think there are many improvements needed in Delhi. Firstly, the traffic problem is a big challenge here which should be dealt well by the governments while local residents can also put efforts for the same. Other than this, pollution is increasing day by day which affects the weather here. In this regard, reducing the consumption of fuels by minimizing usage of cars is a good solution.

13.When did you go out with your friends the last time?

Last Sunday, I went along with my friends to watch a Hindi movie in a famous multiplex cinema nearby. I had a lot of fun with them while watching the movie which was really entertaining and it was enjoyable having snacks as well as discussion with them about the movie during the interval.

14.Do you prefer going out alone or with your friends?

I prefer to go out with my friends rather than moving out alone since I feel awesome to spend free time with them. We enjoy a lot with full enthusiasm which relieves me from the everyday stress I face during weekdays. But going alone makes me feel bored and lazy enough to do anything exciting in my life.

1. We left home and set up house together in another part of town. (informal)

(begin to live independently in a house)

2. The first thing you must do is to find some accommodation.

(somewhere to live or stay)

(people who lives in a country, town, etc.)

4. Are you resident in the UK?

(If your home is in a particular country, town, etc. you are a resident of that place)

5. I haven't met my next-door neighbour.

(a person who lives in the house nearest to yours)

(a person who was born in a particular place)

(a person who lives in a particular place)

8. Homelessness is a growing problem in inner-city areas.

(the condition of being homeless)

(you sleep outside because you have no home)

10. The families were evicted for not paying the rent.

(you go and live in another house)

12. We must vacate the flat by the end of the year.

(you stop living in a house and take your belongings away)

13. We haven't met the people who have moved in next door.

14. We have got used to a better standard of living.

15. Some people live on bread and water.

(to have something as your only food)

16. In most big towns, there is a commercial centre.

(an area with lots of banks and company offices)

17. People who prefer the countryside to big towns often say towns are noisy, dirty and polluted, stressful, and crowded; however, the countryside is quiet and peaceful, clean; calm and relaxing, and has lots of open space and is safe.

People who prefer big towns have a different point of view. They say, in towns, there are plenty of things to do, and life is exciting; there is a wide range of shops and lots of night - life; however, in the countryside, there's nothing to do; it's boring, and there are only a few shops; there's no night-life.

18. Every day, particularly in the rush-hour, we are / get stuck in a traffic jam.

(the times each day when there is a lot of traffic because people are travelling to or from work; not able to move because of heavy traffic)

19. The streets get so packed with traffic that travel is very slow or even comes to a standstill.

(extremely crowded; a situation in which there is no movement or activity at all)

20. This is really stressful for commuters who travel to work in the town..

(someone who travels a long distance to work every day)

21. Vandalism is one of the major problems of big cities.

22. He grew up in the East London slums.

23. A picturesque new England village in the fall.

(pretty and interesting, especially in an old-fashioned way)

24. These are a lot of historic buildings in the village.

(very busy or full of activity)

26. In big towns, you can see a continual bustle of people coming and going.

(an area that is in a very bad condition)

28. A lot of people are moving out of rural areas to urban areas.

29. It's a city of six million inhabitants / citizens.

(a person who lives in a town or city)

(the people who live in a town or city)

(to or in the centre of a city)

32. Which part of town district do you live in?

33. Many people live in the suburbs and travel to work in the centre of town.

(an area of a town where people live, outside the centre)

34. I live on the outskirts of Bradford.

35. We lived on the other side of the square.