Do you watch movies?

How often do you watch movies?

Do you prefer to go to a movie atone or with others?

Do you prefer to watch movies at home or in a cinema?

I’m really into watching films because some films are very entertaining and provoking. I sometimes go to the cinema with my friends and family to enjoy our leisure time on the weekends.

How often do you go to a cinema or watch a movie?

I go the the cinema to watch movies from time to time. Normally if I’m not busy with my work, I’ll check out the movies to see whether there are any movies that attract me; but if I have lots of things on my hands, I’ll probably focus on my work.

What was the first film that you watched?

The first film that I watched was the Lion King many years ago in the cinema with my parents. What I can remember now is the terrific animation and the amazing soundtrack. i particularly liked the song Can You Feel the Love Tonight that I knew it was produced by Elton John. And I’ve learned lessons from this movie. It is about living up to our responsibilities, no matter how hard it is.

How often do you visit cinema for watching films?

For most part, I like watching films at my home under by blanket. But, when there are lot of my friends going out, I do company them. However, this does not happen very often. So, one can say, if the movie is really nice and we all friends want to have some fun together, we go to cinema.

How do people in your country react to cinema?

Oh! People in my country love cinema and it certainly plays a very important role in our lives. There are so many people who take advance tickets to watch films of their favourite starts. Also, there are people who would just bare standing in lines for the one ticket to watch a film. You could hear claps and then fights taking place or the teary eyes.

What genre of movies do you really prefer?

I love romantic movies the most. For me, the emotion love is the most important emotion of all and I love it when two people fall in love with each other. Some of my favourite romantic movies have been, what happens in vegas, Notebook, crazy stupid love. But, apart from romantic movies, I also like watching comedy movies and sometimes the motivational movies, the ones based on true life incidents.

Which genre of movies do you try to avoid?

I really don’t like horror movies. Not primarily, because I get terrified but because I think movies are there to make you feel relaxed. For me, horror movies, give so much of emotion and excitement that it seems as if some work has been done.

Which was the first movie that you watched?

The first time I watched an entire movie was Stuart Little. Our school took the students who had subscribed to the newspaper to a movie hall. For us, most of the class had subscribed. So, the entire class of VI B, that was my section, went to watch the movie in a cinema hall. It was an amazing experience, not only because it was the first time I was watching a movie but because with people I enjoy my school days. 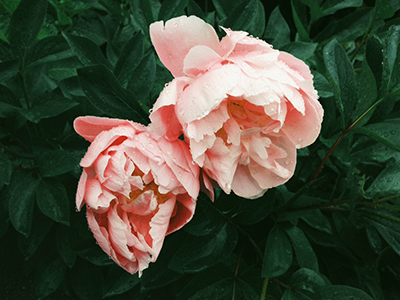 to be engrossed in: to be completely focused on one thing全神贯注于：完全专注于一件事

to be based on: to use as a modal基于：作为一个模态

to be heavy-going: difficult to read难以阅读：难以阅读

a blockbuster: a film that is a big commercial success一部轰动一时的电影：一部大获成功的电影

to catch the latest movie: to see a film that has just come out去看最新的电影：去看一部刚刚上映的电影

a classic: of the highest quality经典的：高质量的

to come highly recommended: to be praised by another person强烈推荐：被别人称赞

to get a good/bad review: to receive positive or negative feedback获得好的/坏的评价：接受积极或消极的反馈

to go on general release: when a film can be seen by the general public一般的发行：当一部电影可以被公众看到的时候

a low budget film: a film made with a small amount of money一部低成本影片：一部用少量金钱制作的电影

on the big screen: at the cinema在大屏幕上：在电影院

a page turner: a book that you want to keep reading一页特纳：一本你想要继续阅读的书

plot: the main events in a film or book情节：电影或书中的主要事件

to read something from cover to cover: to read a book from the first page to the last从头到尾读一本书：从第一页到最后一页读一本书

to see a film: to see a film at the cinema (see ‘watch a film’ below)去看电影：在电影院看电影(看下面的电影)

the setting: where the action takes place场景：动作发生的地方

showings: performances of a film放映：电影的表演

soundtrack: the music that accompanies a film背景音乐：伴随电影而来的音乐

special effects: the visuals or sounds that are added to a film which are difficult to produce naturally特效：在影片中添加的视觉效果或声音，很难自然产生。

to tell the story of: to outline the details of someone’s life or an event讲述一个故事：概述某人的生活或事件的细节 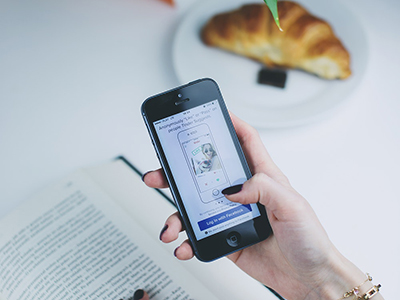 meaning It is really good so you must watch it

例句 The new Doctor Strange movie is definitely a must-see. Don’t miss it!

例句 My husband hates romcoms so i normally watch them with my friends.

例句 I’m not really into sci-fi movies but I loved watching E.T when I was a kid.

a feel-good movie: meaning a heart-warming film that leaves you with positive emotions.

例句 I’m in the mood for watching a real feel-good movie with a happy ending.

a sequel: meaning a movie that follows the story of a previous one, eg Die Hard 2

例句 I hate watching sequels. They’re rarely as good as the first film.

a remake: meaning a movie that is recreated from an older version, usually a classic story.

例句 Have you seen The Jungle Book remake? The computer-generated imagery (CGI) is amazing!

great (on)screen presence: meaning the actor’s performance is both captivating and memorable

例句 Scarlett Johansson has great on-screen presence. She’s very convincing and it’s hard to take your eyes off her.

he/she steals every scene he/she’s in: meaning when one actor’s performance is so good you don’t notice any of the others

例句 Did you see Matthew McConaughey in The Wolf of Wall Street? He’s so good that he steals every scene he’s in.

(on-screen) chemistry: meaning the interaction between two actors in a TV series/show or film

例句 The on-screen chemistry between the two lead actors in True Detective is electric.

the edge of my seat: meaning when you are very engaged in watching a film

例句 The plot is so tense, I was on the edge of my seat all the way through it.

full of twists and turns: meaning when the plot of a film is very unpredictable

例句 There are so many twists and turns in the film that you never know what’s going to happen next.