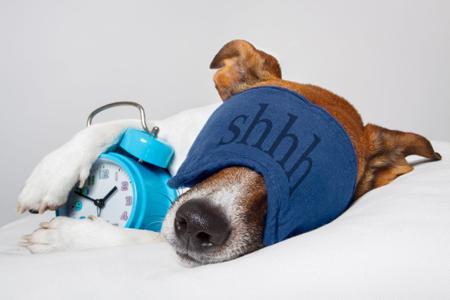 How you knew him/her

What comedies have he/she performed

And explain why he/she is popular

I’d like to tell you about a well known actor who is very funny, his name is Rowan Atkinson, he’s proably best known worldwide for his funny character Mr Bean. I first saw him in a movie on DVD and I thought he was really hilarious.

Later I discovered some other old DVDs of TV shows he had done in the past. I think I’ve watched nearly all of the shows he’s done now. In fact I watched a movie of his just a couple of weeks ago with a friend… it was a spoof spy movie like the James Bond movies but he was useless at everything and it was very funny. I hadn’t seen it for years but my friend found the old DVD and we decided to watch it.

He’s funny because he is so ridiculous and yet loveable at the same time. He always seems to have the best intentions but he gets himself into terrible problems and funny situations just doing normal things.

The things he does are very simple, but very funny and I think it’s because most of his comedy is based on real life everyday situations that lots of people can relate to it and just how easy it would be for it to happen in real life. His style of comedy is very clever.

He’s popular not only in my country but all around the world. As I said I think that people like him because it’s not complex humour – it could happen to anyone, but it normally doesn’t, however, it always seems to happen to him.他不仅在我的国家很受欢迎，而且在全世界都很受欢迎。就像我说的，我认为人们喜欢他，因为这不是一种复杂的幽默——它可能发生在任何人身上，但它通常不会发生，然而，它似乎总是发生在他身上。

Another thing that’s different to many other comic actors is that he doesn’t normally speak a lot, he’s funny because of his facial gestures and body movements… the comedy doesn’t rely on smart or witty dialogue… just on the silly situation or events that he’s involved in. That’s something that makes him appealing to a very wide audience.另一件与其他喜剧演员不同的是，他通常不会说很多话，他很有趣，因为他的面部表情和身体动作。喜剧不依赖于聪明或机智的对话……只是在他所参与的愚蠢的情况或事件上。这让他对广大观众产生了吸引力。

How (or why) do some actors/some comedians become famous?

Probably because they appeal to a large group of people. If it’s a comedian, it may be their style, the topic of their humour or just the connection they make with their audience. Some movie actors become famous for one particular film which brings them to the attention of a worldwide audience.

It might be a Hollywood blockbuster which is popular all over the world. And of course some actors become famous or popular because of their good looks or the character which they play in movies.

Do comedians earn a lot of money?

It depends, there are different types of comedians. Those who work on TV, those who do films and then those who do stand up comedy in theatres and clubs. I suppose some of them don’t earn that much money, but on the other hand, those who do become really successful can earn millions.

Do you think these people deserve to earn so much money?

Yes, I don’t see a problem with them earning a lot of money. If people like them and are willing to pay to see them, either live or in a movie, then they deserve the money they receive. It’s just like any other artist or entertainer. If they are good then they will probably earn lots of money because people value what they do.

Do many young people (or, children) try to imitate film stars (e.g., imitate their life-style, clothes, etc)? (If yes, how, why?)

It’s hard for a young person to copy the lifestyle of a film star, but the fashion industry does a good job of copying the clothes that they wear and making them available to ordinary people to buy.

That’s probably the most obvous way people maybe try to copy someone they like. They buy similar clothes or shoes or maybe even do their hair in the same style. There are a lot of celebrity magazines which cover the styles of famous people including movie stars so people are obviously interested in that sort of thing. Maybe people like to copy them because they feel that they identify with the actor or a particular character.

What forms of entertainment are most popular in your country?

All different kinds, TV, music, live events, computer games. It probably depends on where you live, how old you are and what things you like to do in your free time. When I was at school I used to play a lot of computer games and listen to music and watch TV. Now I’m older I go out more and listen to live music and watch more DVDs. I guess the most popular for the majority of peope would be TV, watching movies, either at the cinema or on DVD, and going out to parties or to a restaurant with friends.

Do you think men and women have different tastes in entertainment?

Sometimes maybe, but not always. My girlfriends and I like different movies from men and our idea of a good night out is probably less exciting than some of my male friends would like, but then there are lots of things that men and women like doing for entertainment that are the same. Comedy is a good example. Most comedians are funny for both men and women. If you like eating out in a nice restaurant then usually it’s the same for men and women also. But there are definitely some things like music and books which are quite different for men and women.

For example, my younger sister spends hours chatting to her frinds and even peope she doen’t really know on the internet. She loves it. That’s something I never really did much of – but she likes it more than watching TV or going out sometimes. In general though I think most young people like watching TV, movies, listening to music and chatting to their frinds.

It’s almost the same, they like watching TV, playing games on the computer and listening to music. Some like reading a lot like my little brother, and they like going to the movies to see a film.

Do you think children (or young people) can learn anything from entertainment?

Yes, they can learn all sorts of things. They can learn what’s funny, they can learn about life, people and places and many different things when they are watching TV, a movie or listening to music. I think nowadays more than ever they can learn more through entertainment because all the information related to it is on the internet. If they want to find out about an actor or someone famous they can just Google them and learn everything they want to about that person.